Empty the Tanks Worldwide was an idea that first began from a "Cove Guardian", while she was in Taiji, Japan. This is an annual worldwide protest called Empty the Tanks Worldwide. This is a day for everyone around the world to stand up against marine mammal captivity. On a single day there will be protests held all over world in front of marine mammal parks and aquariums.

This isn't a radical movement to release all the captive marine mammals into the wild. Some of these animals might be great candidates for release, but those that are not should be retired into sea pens, where they can enjoy the rest of their days in natural seawater, feeling the waves of the ocean around them. They should not be worked until their last breath is taken and then thrown out like trash and replaced.

These entertainment parks have no place in the 21st century. This is an out of date form of abuse and exploitation. Nowadays we know the level of awareness these animals have. We know their social connections, their eating habits, and natural wild behaviors. You cannot breed natural instincts out of an animal in a handful of generations. These are incredibly social, intelligent beings that are being used to make money. Empty the Tanks Worldwide is a public awareness campaign. It is a opportunity to educate the general public about a situation they are simply ignorant to.

There are only three responsible reasons for keeping marine mammals in captivity: Rescue. Rehabilitation. Release. Please, never pay to go to an aquarium, marine park or any other facility that holds captive cetaceans or other marine mammals. DON'T BUY A TICKET.

Σχετικός σύνδεσμος: Releasing Cetaceans (Whales & Dolphins) into the wild is not a new thing 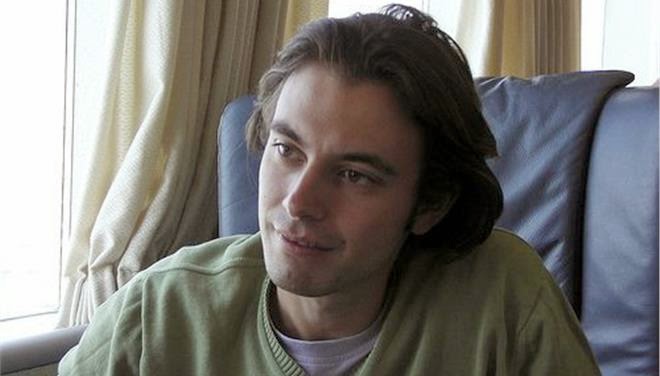 Releasing Cetaceans (Whales & Dolphins) into the wild is not a new thing. There are numerous records of captive cetaceans being released into the wild. According to the American National Marine Fisheries Service, since 1964 more than 70 dolphins in the U.S have been returned to the wild for a variety of reasons after periods in captivity ranging from days to 10 years.

Joe and Rosie were about 18 months old when they were captured (June 17, 1980) off Gulfport, Mississippi, for an experiment to find a language that humans and dolphins could share. The language experiment, conducted by neuroscientist Dr. John Lilly MD (1), at Marine World in Redwood City, California, ended in 1985 without the success Lilly had sought. But he and his colleagues kept their promise and gave the dolphins to ORCA, part of the nonprofit Tides Foundation in San Francisco, to be prepared for freedom. The National Marine Fisheries Service, which has had jurisdiction over dolphins since the Marine Mammal Protection Act took effect in 1972, issued dozens of permits each year to capture dolphins. The permit issued in February 1987 to release Joe and Rosie  was the first ever issued to train a captive dolphin for release to the wild. Joe and Rosie were taken to the Dolphin Research Center on Grassy Key, near Marathon in the middle Florida Keys, where Ric O'Barry* and the rest of the ORCA team coached them in self-reliance in a fenced-off pen in the warm ocean waters. Their final release, late in 1987, was televised in a National Geographic/TBS special program, early the next year. Joe and Rosie have since been spotted swimming with a baby dolphin. One can only speculate what information they have been sharing with their child and with other dolphins of the Atlantic after their eight year education among humans.

- Jedol (i)
- Jedol, Sampal, and Chunsam: Once-Captive Dolphins Can Thrive In The Wild. We have Proof!
- Sometimes they can go free (blog by Courtney Vail, Program and Campaigns Manager at uk.whales.org)
- From the Dolphin's Point of View
- COUNTRY BY COUNTRY, WATERPAKS WILL BE FORCED TO COME TO AN END.

*Ric O’Barry has worked on both sides of the captive dolphin issue, making him an invaluable asset in the efforts to end exploitation. He worked for 10 years within the dolphin captivity industry, and has spent the past 44 working against it. In the 1960s, he was employed by the Miami Seaquarium, where he captured and trained dolphins, including the five dolphins who played the role of Flipper in the popular American TV-series of the same name. He also trained Hugo, the first orca kept in captivity east of the Mississippi. When Kathy, the dolphin who played Flipper most of the time, died in his arms, O’Barry realized that capturing dolphins and training them to perform silly tricks is simply wrong. From that moment on, O’Barry knew what he must do with his life. On the first Earth Day, 1970, he launched a searing campaign against the multi-billion dollar dolphin captivity industry and has been going at it ever since. Over the past 44 years, Ric O’Barry has rescued and rehabilitated dolphins in many countries around the world, including Haiti, Colombia, Guatemala, Nicaragua (youtube video), Brazil, the Bahamas Islands and the United States. In January 2006, he became Marine Mammal Specialist for Earth Island Institute, where he is also the Director of Earth Island Institute’s Dolphin Project and Save Japan Dolphins Campaign.

Filikaki
"I am as a dolphin born into a concrete pool; who has never known anything better yet yearns for the open sea; Perhaps a seabird's feather once landed in my pool; and instinct knew the odour of the place where I should be"...
Νεότερες αναρτήσεις Παλαιότερες αναρτήσεις Αρχική σελίδα
Εγγραφή σε: Αναρτήσεις (Atom)